Patients with diabetes mellitus are often affected by diseases of the eye which develop as a long-term consequence of diabetes. The so called “diabetic retinopathy” and the “diabetic macular edema” are two of the most frequent ocular diseases in patients with diabetes, and both feature pathologic changes of blood vessel functions in the retina. Experimental data and measurements in patients suggest that these changes in blood vessel functions may originate from a lack of the vasoinhibin hormone in the retina. Vasoinhibin can control blood vessel functions and is generated by proteolytic cleavage of its precursor prolactin, also known as the “nursing hormone”. Vasoinhibin is also playing an important role in the development of peripartum cardiomyopathy, a heart disease which can occur in pregnant women. The effects of vasoinhibin are well characterized, the three-dimensional structure, however, was not known to date. Such information is important, as it can facilitate understanding of how vasoinhibin functions. In consequence, therapeutic approaches of diseases in which vasoinhibin plays a role, might be improved. A team of Mexican and German scientists has now published a study, in which the structure of vasoinhibin was modelled by using computer-assisted simulation (molecular dynamics). It was shown, that vasoinhibin consists of a bundle of three helices with the biological domain located within the loop connecting the first two helices. Experimental studies confirmed that the antiangiogenic effects (inhibition of blood vessel growth) are encoded within the first 79 amino acids of the hormone present in all vasoinhibin isoforms. These new insights are relevant, as they can support the development analytical methods for quantifying vasoinhibin levels in blood samples from patients. The study was published on November 20th in the Journal Scientific Reports. 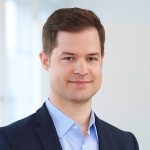